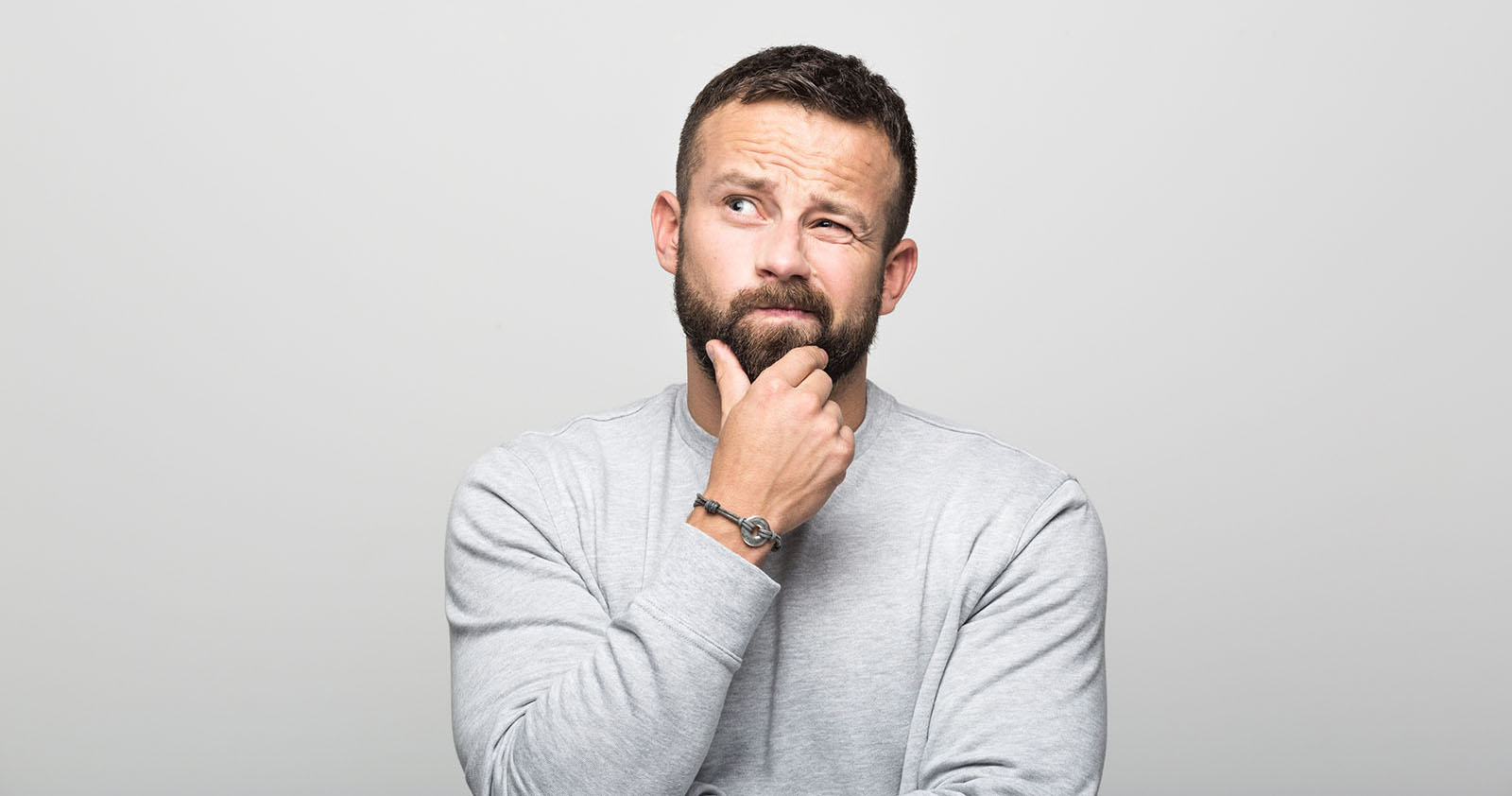 WHY DO I NEED A BUNKER?

Nowadays to have a bunker is more than a privilege, it is a necessity.

WHY DO I NEED A BUNKER?

Nowadays civilization has evolved to a state where the future is difficult to be predicted. Globalization has led to the intertwining of trade routes, and production processes are interdependent. The world we live in has become a complex system of implicit dependencies and interconnections. The future is uncertain. The dynamic processes are way too much. Every peace of information immediately is spread by the media around the world, whether it is reliable or not.

In a world of insecurity, safety is becoming a highly valuable asset. Very few can afford to say that they are calm about their own and the future of their family. In times of trouble, money ceases to have value, and then one realizes that preparation means something completely different. You may hear opinions from people who say that hiding in a bunker is a pointless endeavour. They claim that if everything collapses, there is no reason for a person to hide, because sooner or later they will follow the fate of the others. But are they right? In this article we will try to answer this one and other questions.

Life moves in cycles. Good years filled with prosperity are followed by bad ones, and afterwards - good ones again. Life looks like waves moving up and down. This is why, in times of rise every smart person preparing for the upcoming crisis. In times of war, people feel helpless and at a dead end, they have nowhere to hide, they have no personal supplies and feel at the mercy of fate. Then peace times come again as proof that evil does not last forever and that life always finds a way to move forward. If we realize that after a crisis, sooner or later situations change for the better, can we easily reject the opportunity of our own and our family’s survival?

Unfortunately, the prospect of new viruses to emerge, ones that are much more dangerous than COVID-19, is absolutely real, given the global overpopulation and the environmental pollution. Our bunkers filter any air and water pollution, providing you with a clean microclimate. An aggressive virus may kill many people and may also self destruct within a few months. This means that you and your loved ones will survive. And when you come out of the bunker, you will not be from the ones affected. Doesn’t this really matter? People who claim that taking precautions is unnecessary do not realize that a prepared person can survive very severe crisis and after some time to be again on the rise. There are countless examples of this wavy pattern of life. It is enough to go back only 100 years ago and to remember how many wars humanity has experienced recently.  We can even ask our grandparents what they had gone through. The difference between then and now is that the current survival challenges are much greater, upping the countermeasures ante very high.

The global population growth and the increase of production capacities pollute the climate, undeniably. The climatic changes we have seen in the past few years have led to an increase natural disasters worldwide. More than 500,000 households in Canada were left without electricity due to hurricanes and storms in the year of 2019. In the upcoming years, changes will inevitably affect the climate within our geographical latitudes as well. The coming storms and disasters are a reality that cannot be neglected. People who have prepared dugouts, shelters, bunkers and provisions will go through the challenges more smoothly. A Nuclear reactor failure possibility in the next years is estimated at about 40%.  The calculations are based on the accidents in the world for the last 30 years. On March 1, 2006, a second-degree incident as per a seven-point scale takes place at the Kozloduy NPP. They refuse to lower 1/3 of the rods, which slow down the controlled nuclear reaction in the reactor. The system had been repaired only 8 months earlier. The incident has been hidden days on end and the then Minister of Energy negated the happening of a serious event. Block 5 of the Kozloduy NPP remained shut down without it being announced. A month later, the Bulgarians learned about the accident from German Austrian media. Initially, the NPP management and the AAR control body denied the seriousness and assessed the accident as a "zero" degree accident as per the INES scale. After a scandal, the AAR reported to the International Atomic Defence Agency MEES, which assessed the failure as a second degree one as per the seven-point scale. The discrepancy between the initial assessment is disturbing and raises doubts about the concealment of information in future.

Your bunker will be equipped with sensors that will monitor the radiographic background. If it elevates the norms specified, you will be immediately notified. This way you will be independent from the media and will not have to rely on the "timely" information they provide. In case of a serious accident, the first few days are the most dangerous ones. At that time, the wind carries a radiation cloud of technogenic radionuclides released into the air as a result from the accident. The bunker sensors will notify you and you will be able to quickly go back to your safe place. The purification systems will ensure your safe residence until the cloud passes by.

The planet overpopulation will inevitably lead to riots, lack of food supplies and wars over raw materials. Climate change is already a fact and it is getting worse with the years. Viruses, Population reducing biochemical weapons, nuclear wars, all these prospects seem much more real than they were 20 years ago, when the population was at half of the present one.  The moment a difficult situation occurs, only the prepared ones will survive. Then money and things cease to have value because values ​​and needs alter. Having a bunker equipped for all kinds of attacks is an invaluable possession at a time like this. Even if half of the things it is designed to withstand do not happen, it is enough to have the security that you can hide your family and yourself at any time. The bunker will ensure your security and peace for months ahead, upon disturbance which the police and army is unable to quickly control, such as food riots for example. This means that when the time comes to go out, the situation would be under control, and you and your family will be healthy and fit.

You can use your bunker as a private vault! In turbulent times, when the banking system refuses to function for a certain period of time, having a personal vault with a high level of security brings complete peace of mind to your finances. There you will have enough space in it to store your assets. At your request, we can equip the bunker with a vault door, developed especially for BUNKER BG using innovative technology in Sweden, which also stops radioactive radiation. Manufacturers have installed safe doors in some of the largest banks in the world.  The safe door is impenetrable and has several levels of protection. In addition, we can install a safe room, which can be accessed only by authorized persons. In addition to weapons, perimeter surveillance cameras and alarm systems, you turn your property into an impregnable fortress.

THE FINANCIAL BENEFIT OF HAVING A BUNKER

Having your own bunker is an investment that cannot be at a loss. In fact, its construction cost, raises the property price and maintains it permanently high. In times of crisis, war or unrest, the first assets to be depreciated are real estates. This is because in a times of critical emergency situation, nobody thinks of buying a new property, nor anyone makes plans for the future. We failed to notice a similar trend with COVID-19 during the first months of the state of emergency. This is only because people didn’t have to face a genuinely serious problem, such as war, or a really deadly virus that does not raise questions about its actuality. In a more serious situation, property prices begin to dramatically fall done and one really struggles in selling a property. If you do not use your property because you live abroad or for some other reason, you can be confident in your investment. In times of crisis a property with a bunker therein will hold a higher price. If you decide to sell when the real estate market is at its bottom, you will be able to sell your property at a pre-crisis price. In hard times, the ones in need would pay a higher price to protect their families and themselves. The bunkers we design and construct have the highest protection degree, so your asset will always hold high price.

The bunker is a facility that can save our own live and the life of our loved ones. Even more. If it is constructed with the necessary amenities for a long stay, we will come out well rested and in good physical and mental shape, ready to welcome the new days. Amenities are not an indulgence, as many people would say. Amenities are extremely necessary at a time when a life is in danger. Sooner or later one realizes that physical survival is not enough. It is necessary to preserve mental stability as well. A properly designed bunker equipped with everything necessary could provide this. For the purpose, we have had consuls with psychologists about the minimum living space needed by people in a room to feel good, and what amenities we need to provide to them.

Live safe, be prepared! Even if a crisis situation never happens, owning your own bunker provides you with constant peace of mind for the coming days.